A few summers ago I had the opportunity to teach English in South Korea. While teaching, I was living in the most southern province of Jeollanam-do, running wild through the cities of Mokpo, Wondo, Yeongam, and of course, Seoul. While taking a break from exploring the local town and cuisine, I was teaching cooking classes to middle school and elementary school students, with my trusty Korean-co teacher by my side. I was among 75 other University students who descended upon the humbling rice fields to not only teach the English language, but also interact with the students so they could learn our American culture and mannerisms (for better or worse).

Being my first trip to Asia, I knew I was in for something .. a little different. I flipped through the travel books, made the perfect packing list, and even attempted to learn Korean customs before we touched down in Seoul. Honestly though, nothing could have readied me for this crazy Korean experience, but I was as prepared as a non-Korean speaking, naive nutrition student could be. Hey, at least I knew how to use chopsticks!

After spending lots of time chasing after students, conversing with Korean co-teachers, attempting to navigate the Mokpo streets, and meditating with the Monks, I am able to give you my list of Korean culture shocks.

With that being said.. let’s get started! 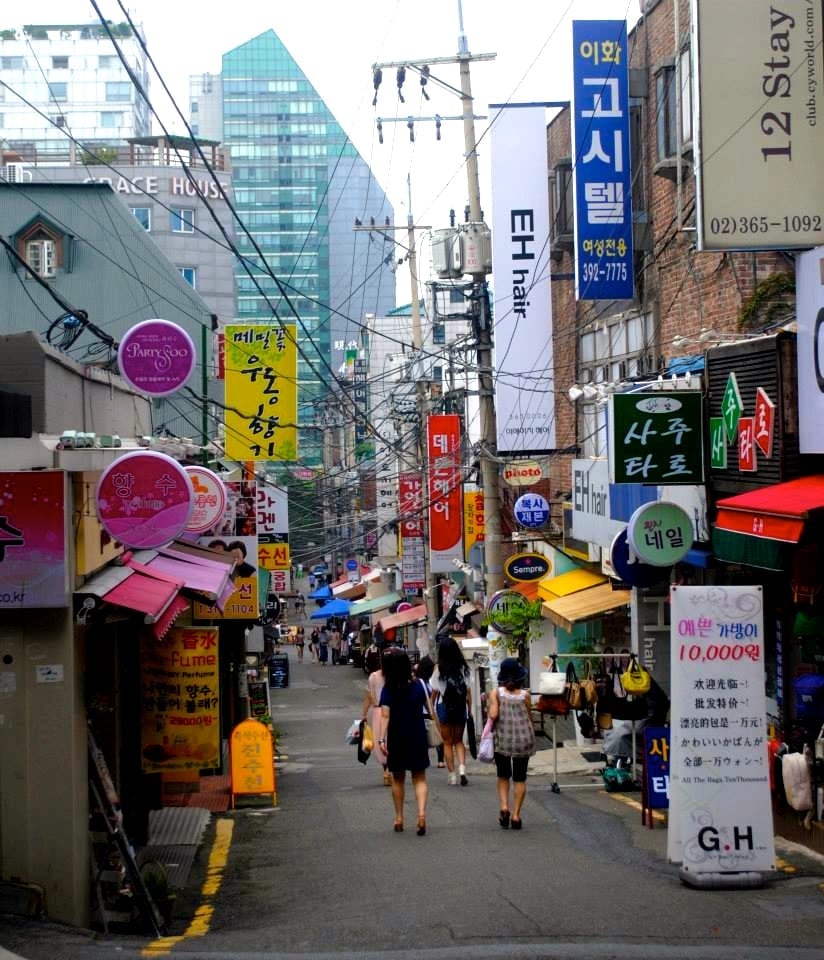 1.“Hello teacher, how old are you”

Children will ask your age right away. This is not seen as rude, it actually establishes your seniority because the higher you are in age, the more you are respected.

The Korean students I met, from both the middle schools and local Universities, were obsessed with extreme dieting. Yes, this includes forms of starvation, extreme exercise and disordered eating. We usually assume that most people from Asia are thin, contributing their slim figure to their generally healthy diet but extreme dieting among other things might, unfortunately, be the reason why Koreans are so thin.

3. Obsessed with old-school classics like Momma Mia and Avril Lavigne

I can't even tell you how many times I heard 'Skater Boy' during the English camp talent show. I kid you not. Even the students who barely knew English were singing along to every word of the songs our mothers and pre-teen selves used to sing.

Koreans are constantly comparing themselves to their peers and thrive on knowing who is the best, from appearance to grades. I was asked several times by my Korean co-teachers to rank the attractiveness of the other Korean teachers based solely on looks. Yeah, I declined. Not only were my Korean peers asking for rank, but the students were constantly asking who was my favorite and which student was the smartest. I did have some favorites, but I will take that to my grave.

Because of the constant ranking and comparing of their peers, schools typically have open grade books where everyone knows what everyone earned on an exams. I am sure this is done to fuel the competition by honoring the best and shaming the worst. This also means that no two students receive the same grade, even if they got the same number of answers correct. So if two kids get 85% on their exam, you have to choose (based on behavior and preference) which student you are going to give the 86% to so they can be better than the other.  Shocking, I know. But it's common practice.

The term 'Tiger Mom' is used to describe a fiercely competitive mother who expects nothing less than academic excellence from their child. Their only job is to make sure their child is better than all other children and gets accepted into the top university. Unfortunately, this also leads to child neglect and I was told that many of these strict parents aren't very nurturing and are cold to their children with their constant tough love.

This was one of the saddest things about teaching in Korea. Because school is so competitive and kids are always stressed, a few of my kids had visible gray hairs. Eek!! The kids are also so tired from their long school days, then after school academy classes, that the students will sleep anywhere and everywhere they can. They would nap while on the school bus, waiting for the last classmate to turn in their exam, and basically any free second where they can safely shut their eyes. Zero time wasted on snoozing!

8. School is a rough place

The principal was literally quoted telling the elementary school students that if they went home during the 9 day English camp because of homesickness that they will "fail at life". Along with the tough love, it is super common for students to fight without any punishment. I literally had students punching each other in the face and none of the even blinked an eye. Not even the Korean co-teachers or principal! In Korea, it's just what happens.

9. The National Exam is a National Holiday

There is only one exam that truly matters in Korea and is the final exam every student takes before they apply to colleges; basically the equivalent to the American SAT or ACT. But this exam can only be taken once and literally determines what university you get into and what your career will be, which will either bring shame or honor to your family. Yeah, it's a big deal. It is actually such a big deal that they divert traffic away from the schools to ensure complete focus on this exam without any distractions. Students literally prepare for this exam during their entire academic lifetime, all to do their very best on this single exam. I knew a Korean college student who was sent away for an entire year before the exam to study from 7am to 9pm on a mountaintop with zero cell service and distraction just to ace this exam. And she did.

10. Boys and girls are always separate

This applied mostly to the younger students but that thing called 'cooties' is taken very seriously in Korea. This included separate boys and girls elevators, evening games and don't even think of trying a contact classroom activity, your Korean children won't even get within a few feet from the other gender.