About a year ago, I had the amazing, most awesome, incredible (once in a lifetime) opportunity to go to the Super Bowl. It was such an amazing experience and I didn't really post any photos at the game, so in the spirit of Super Bowl 50 right around the corner, I wanted to share part of my experience, photos, and Katy Perry's halftime throw down. Normally I wouldn't have ever dreamed of going to the Super Bowl but since my home city of Phoenix was hosting this year, the greatest football match of the year was basically in my backyard. 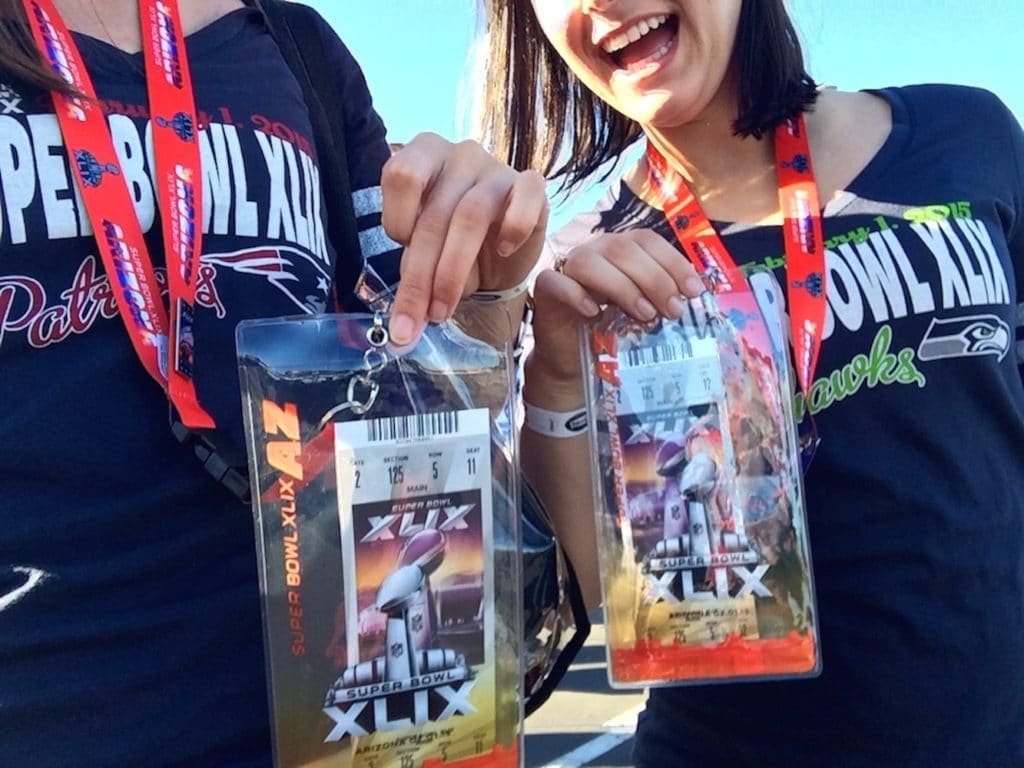 First off, I am a football fan. I know the rules, have a few favorite teams, but on the other hand, my sister Danielle is a football fanatic. Let's just say, she keeps her own player stats during the games and cheers loudly in the living room screaming at the referees. She is a true fan. But surprisingly she had never actually been to a pro football game and went to a college with no football team! I kid you not.

So, naturally I wanted to take my sister to the Super Bowl. But I wanted to completely surprise her! So Mark and I convinced her to fly down from San Francisco (where she and I were born and raised) so she could be close to the action. We told Danielle that her weekend trip would consist of a Tiesto show, walk through the 'fan experience' area in downtown Phoenix, and then on Sunday we would go to a bar down the street to watch the big game.

So, when she arrived we went around town, checking out the NFL experience, ate dinner at my culinary school and had her pick out a Super Bowl shirt for the following day's game. Ya know, for when we go to the bar down the street to watch the game (wink, wink). 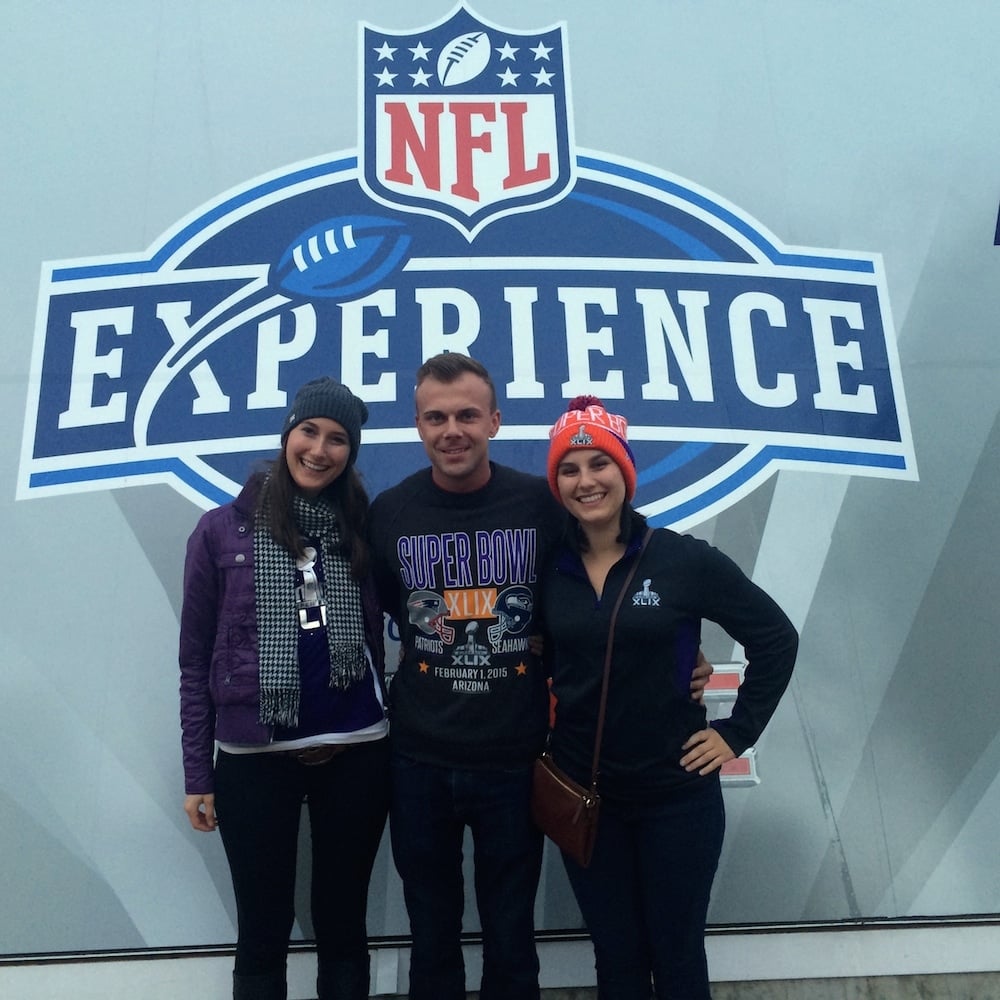 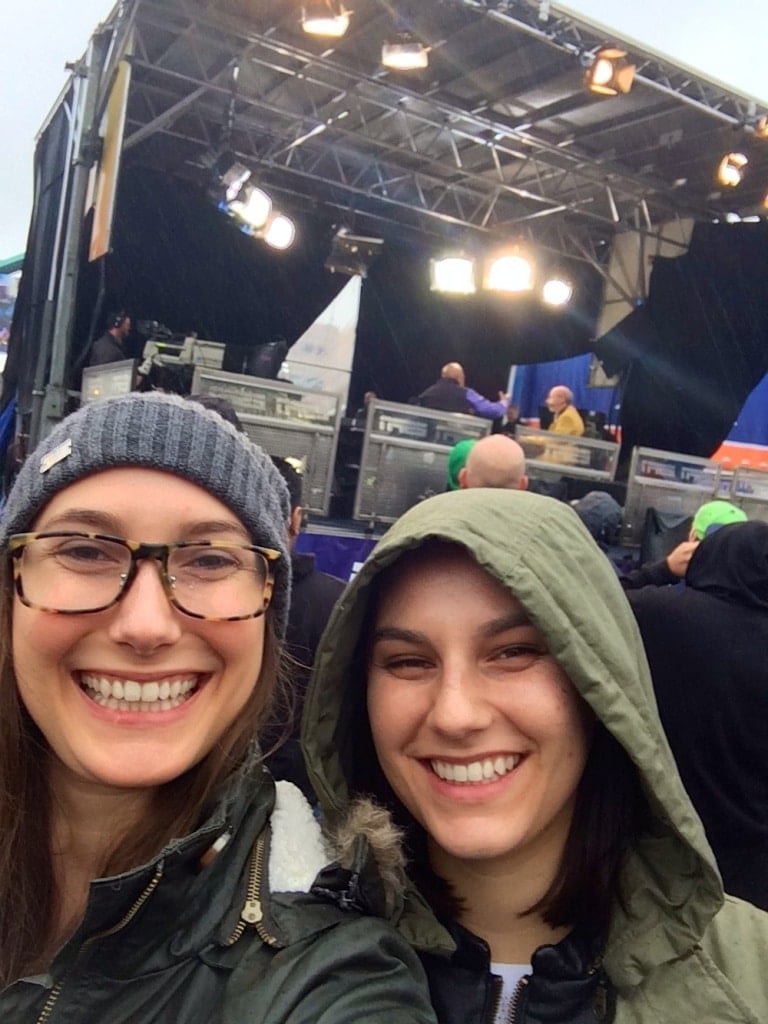 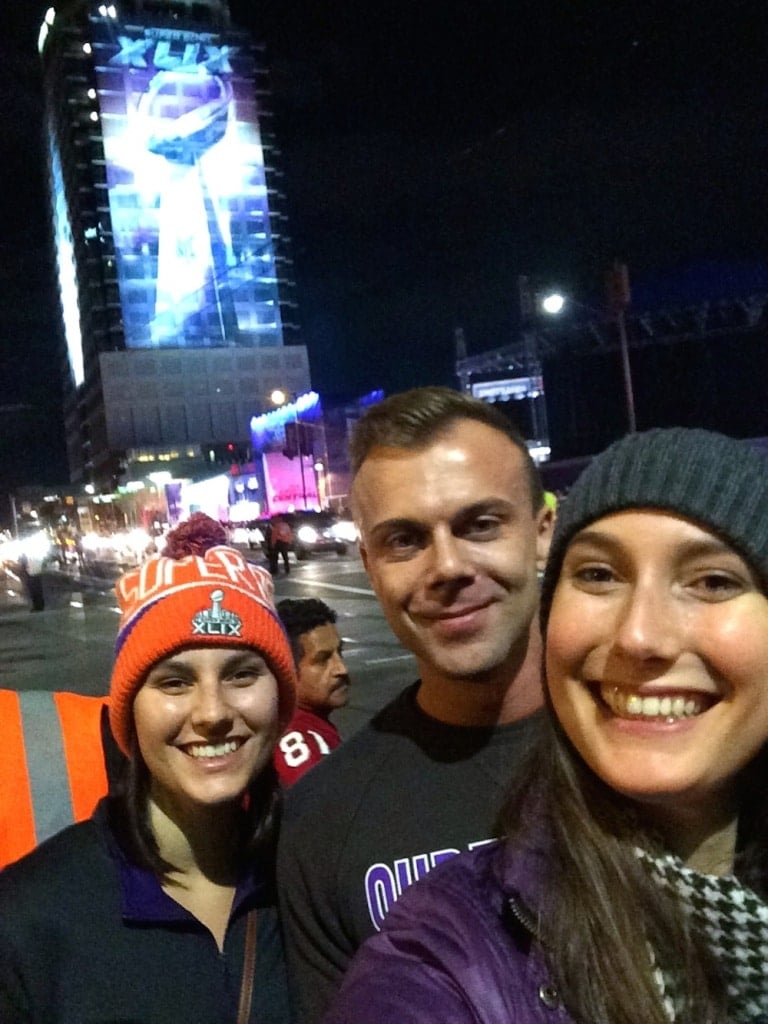 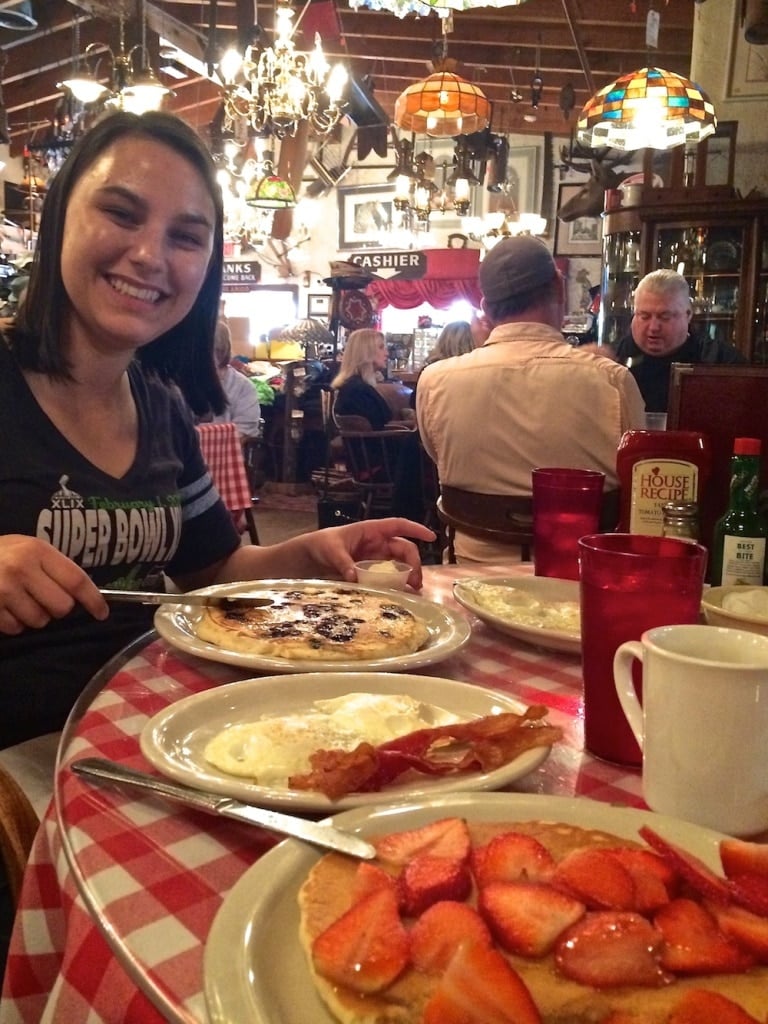 Look how cute and unsuspecting she looks!

So then, it came time to reveal why I actually asked her to fly down to Phoenix. When I told her she was going to Super Bowl 49, she was so excited and pretty in shock. Success! I don't think she fully believed us and possibly thought we were pranking her, but when she actually held the tickets in her hand, her dropped skepticism faded.

So we drove down to the stadium blasting Katy Perry and waited in line for the ticket holders pre-game event. We got our pictures taken, faces painted and had some pre-game snacks. 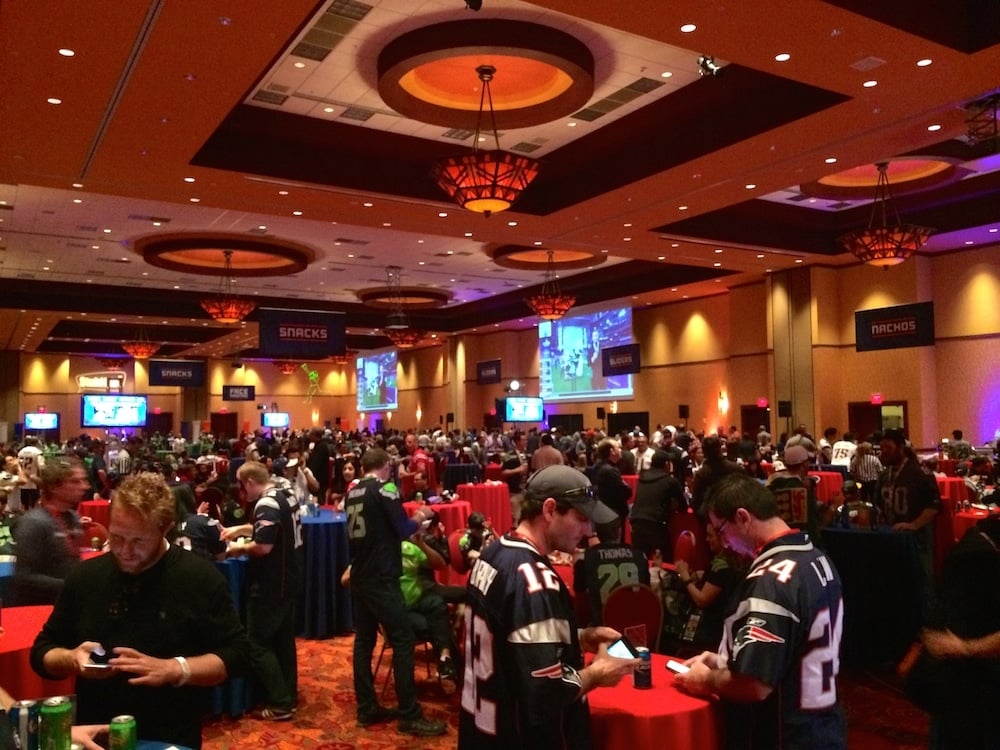 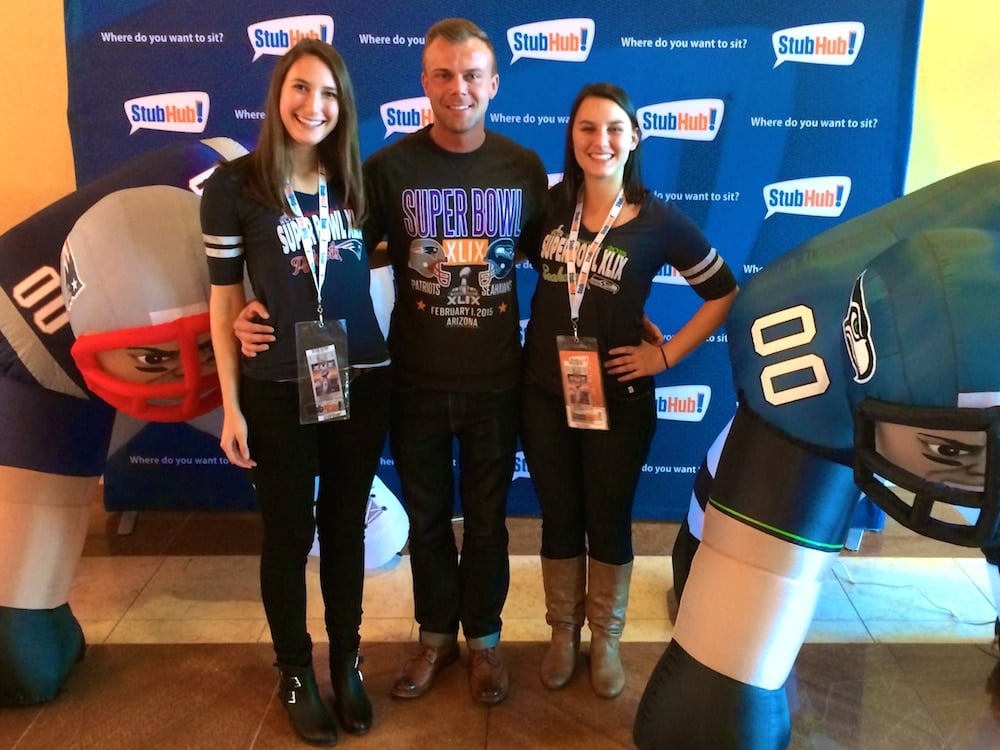 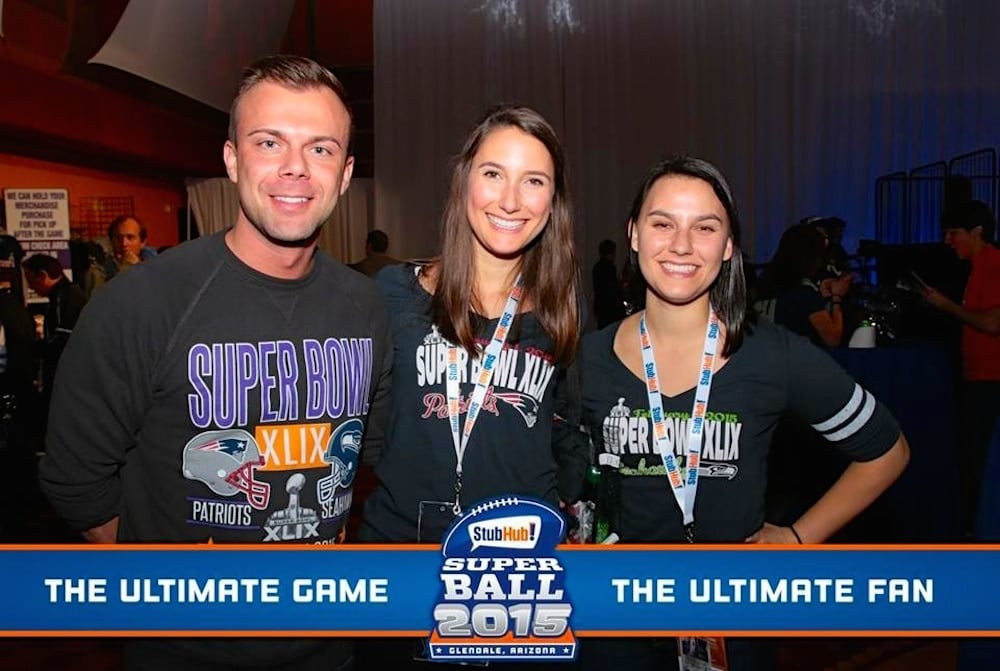 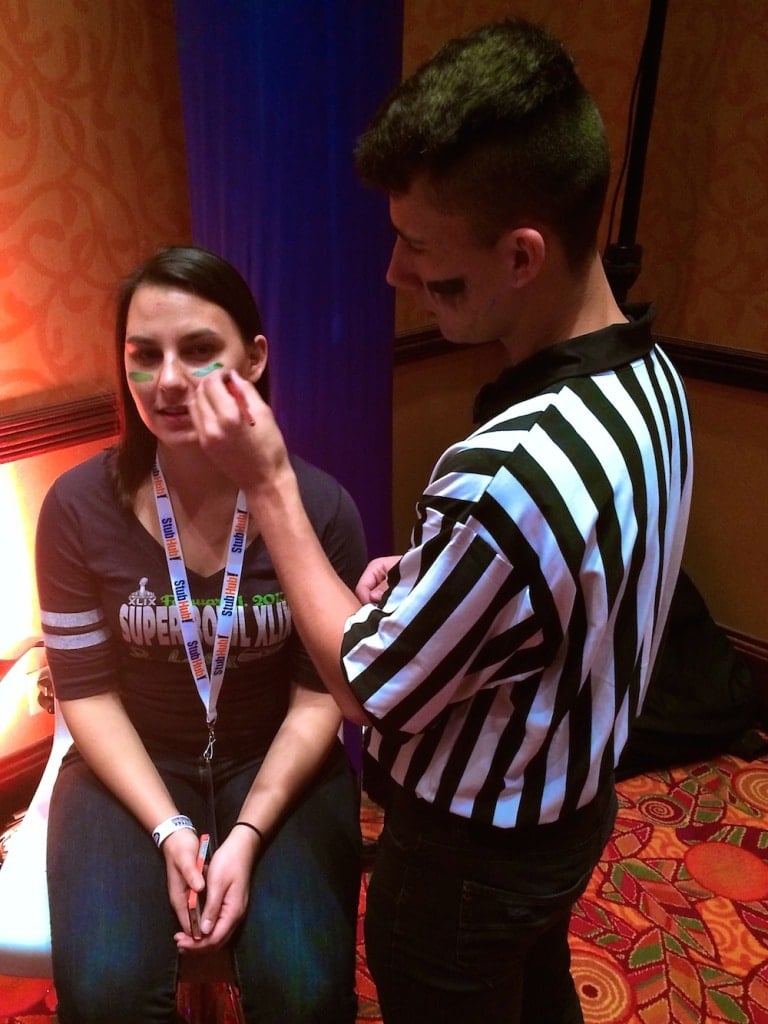 It was soon approaching game time. Woo! So we pushed our way through the crowd on our way to the University of Phoenix Stadium.

There was a sense of calm and excitement going through the stadium all the way up to the security station. 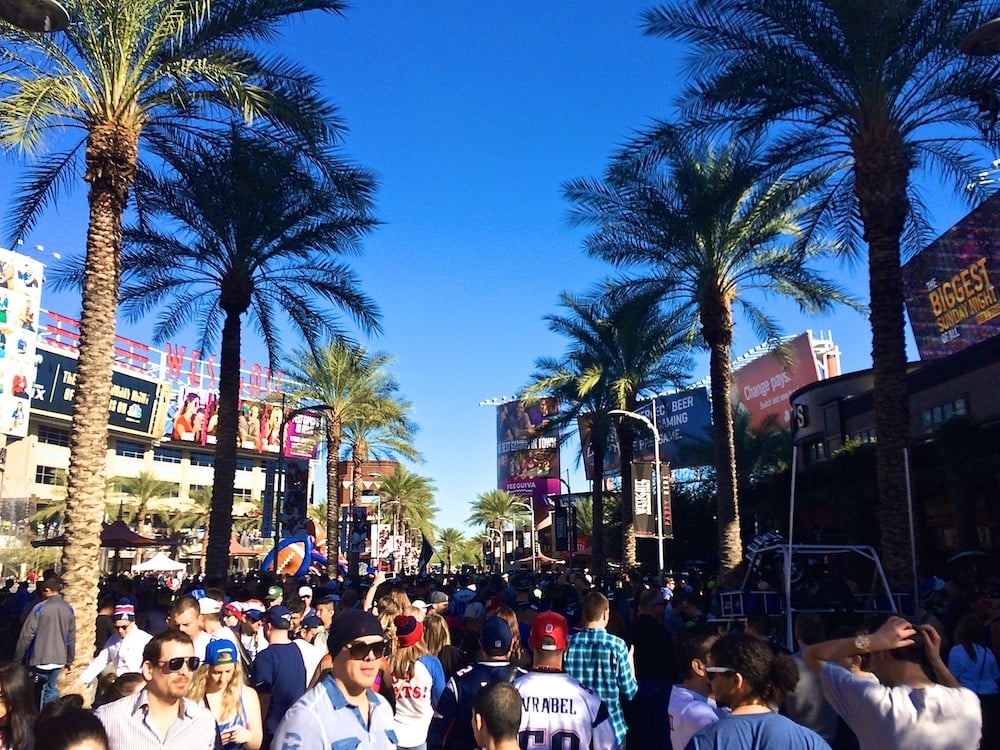 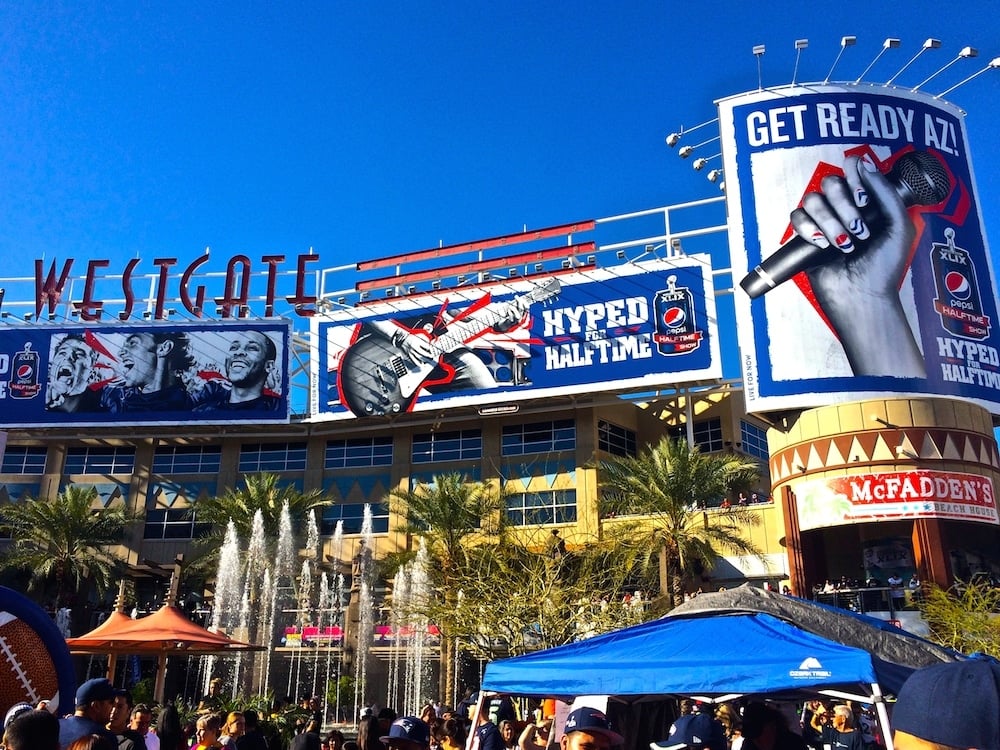 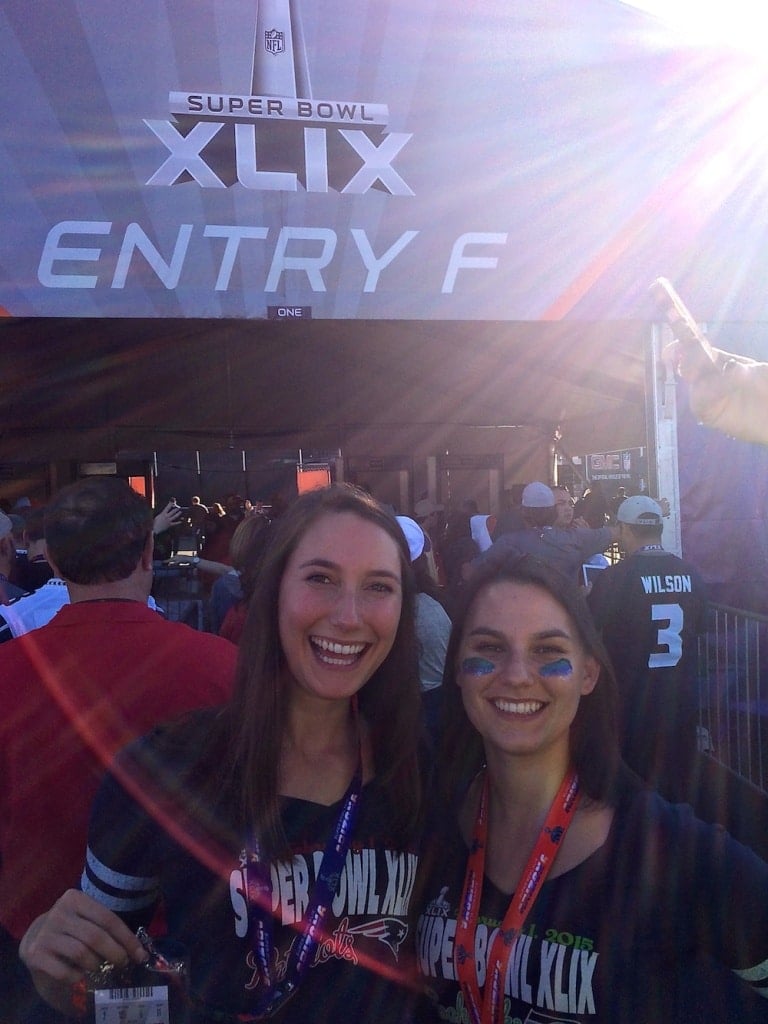 Walking down into the stadium literally took my breath away. The manicured field was so green, the fans all in place and media running around. It was quite a scene.

The game started with John Legend singing America the Beautiful and Idina Menzel singing the National Anthem. Then it was game on! 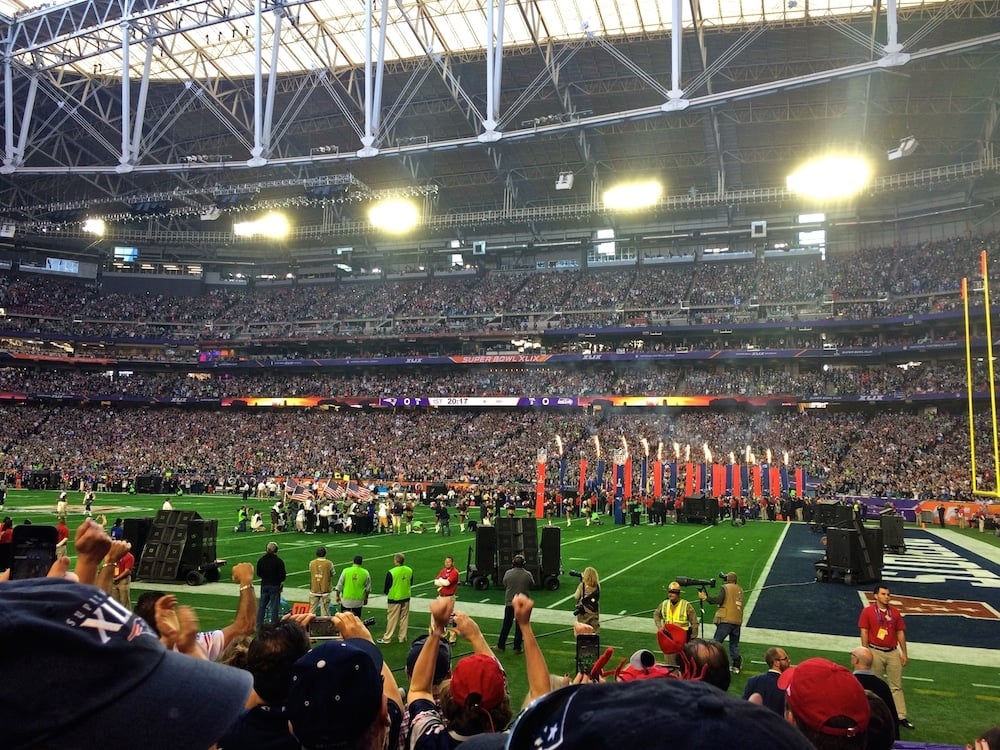 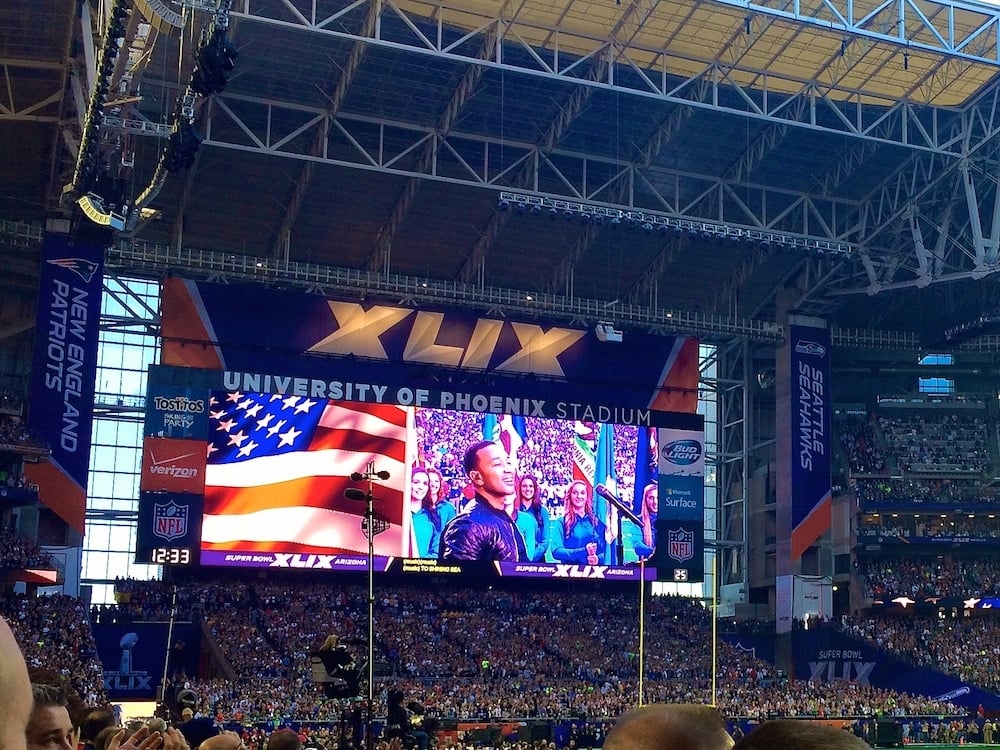 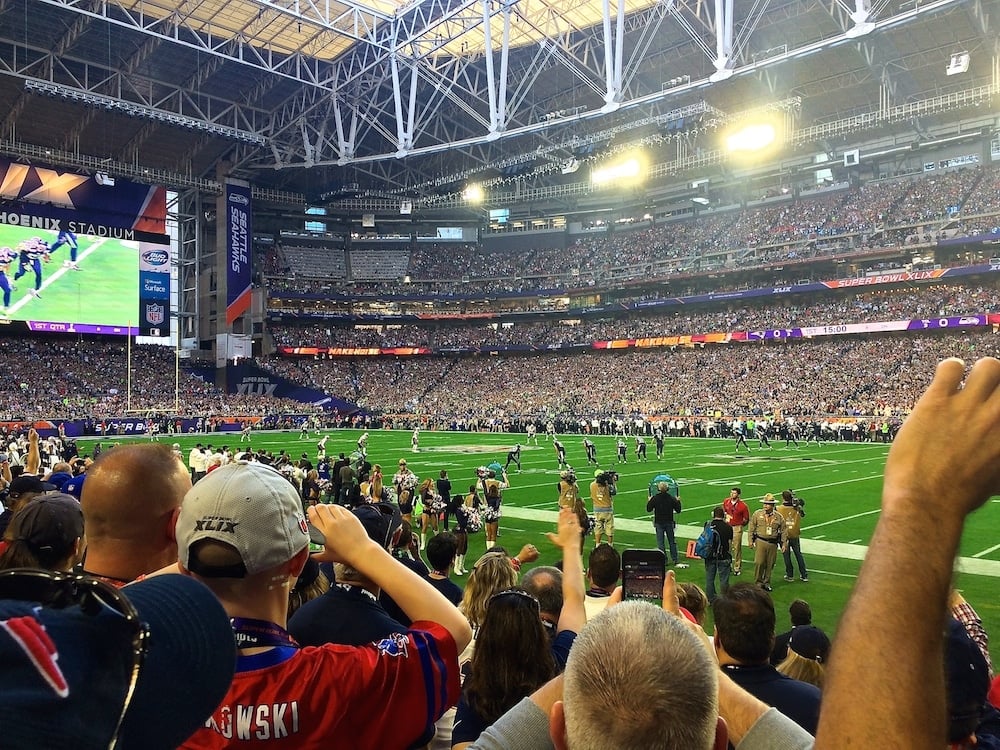 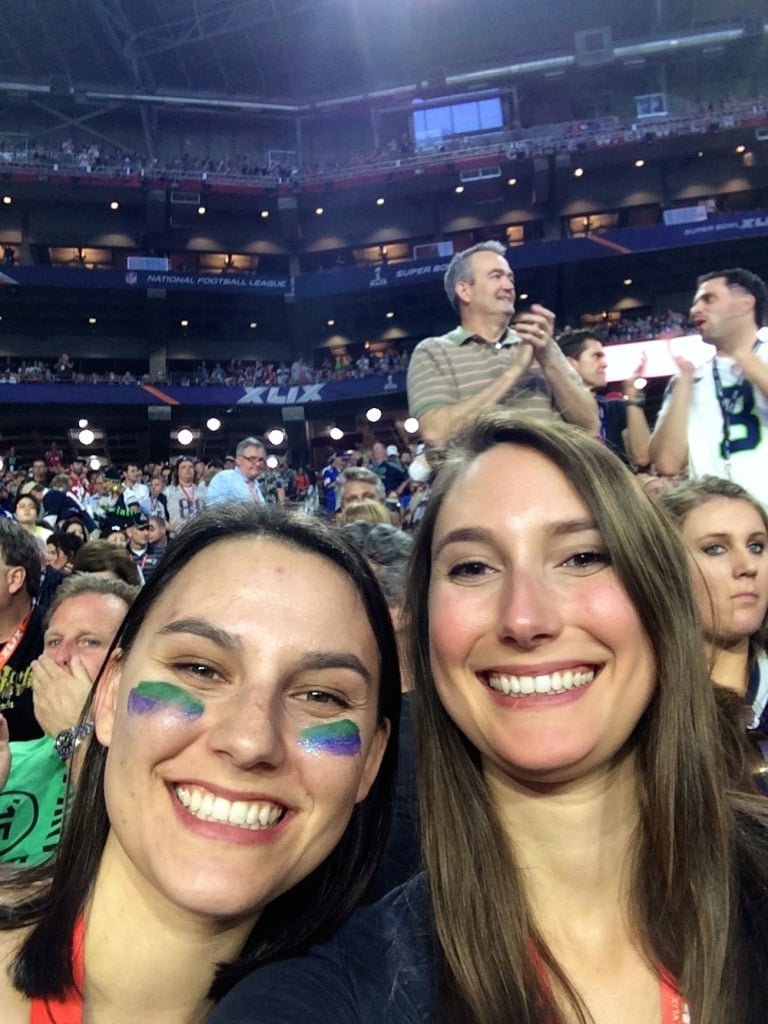 The halftime show came so quickly, it was hard to believe the game was halfway over! Before the show started, everyone in the stands received a little baggie with glow finger lights that were to be used during the halftime show. So, when it came time, we all put on our little finger lights and the game lights turned off. We all watched Katy Perry climb up onto that infamous golden lion, then the show started! I honestly felt like I was at a concert! It was such an awesome show from the stands, with a great view and a surprise appearance from Missy Elliot.

As soon as the show ended, the field was cleared quickly and the clean up crew scrambled to reset the field. They cleared the field so well, within minutes, it looked like nothing had ever happened! Then, like magic, the game was back on. 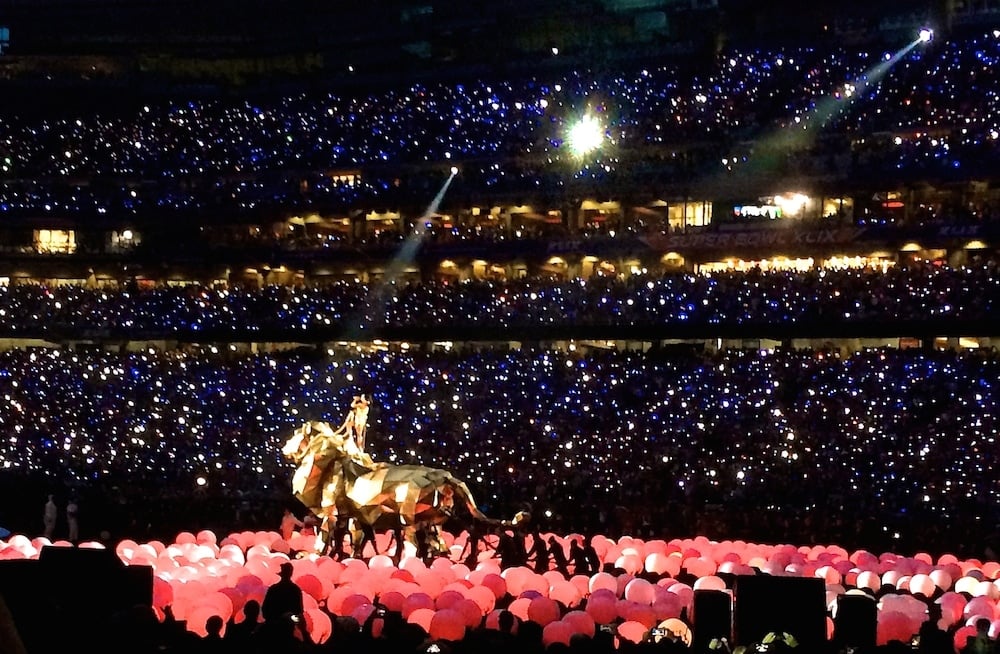 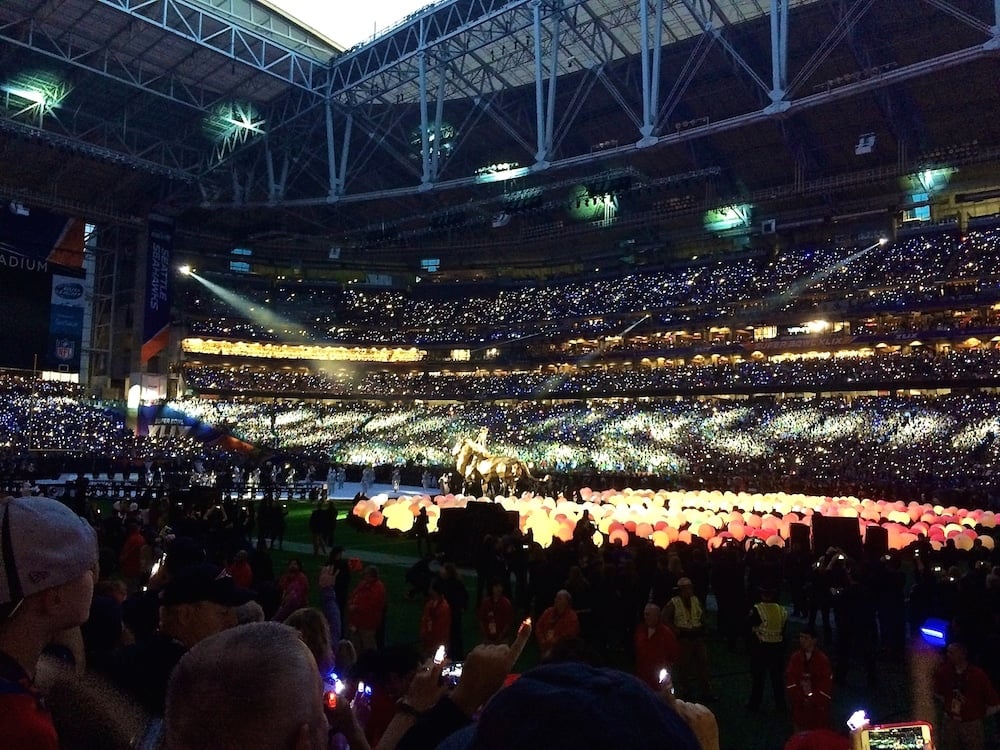 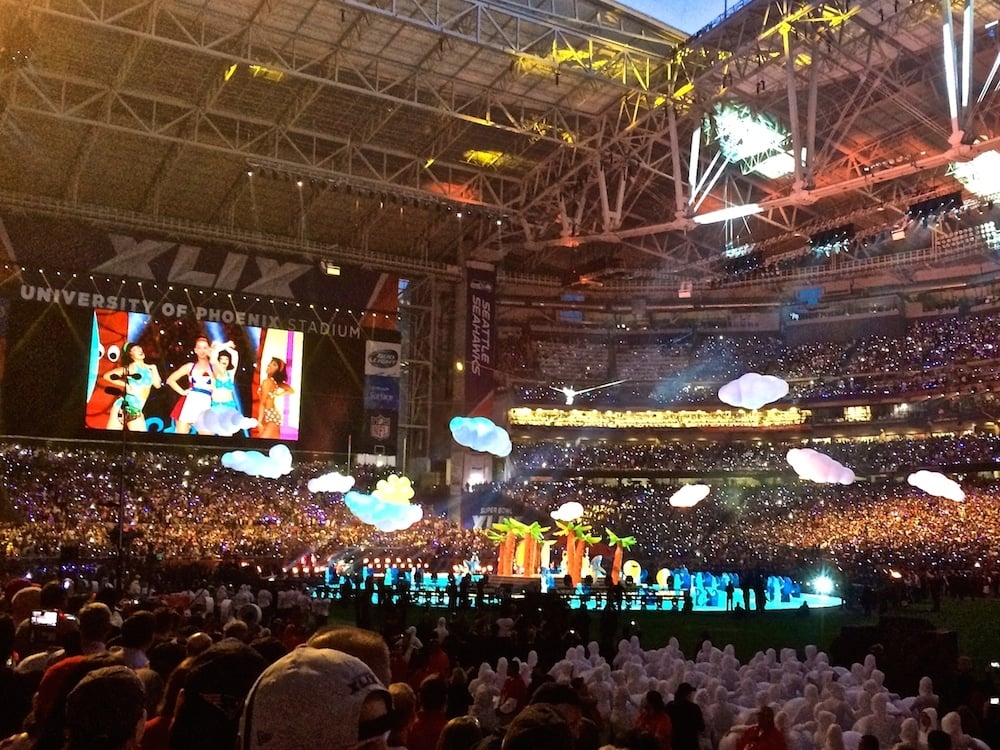 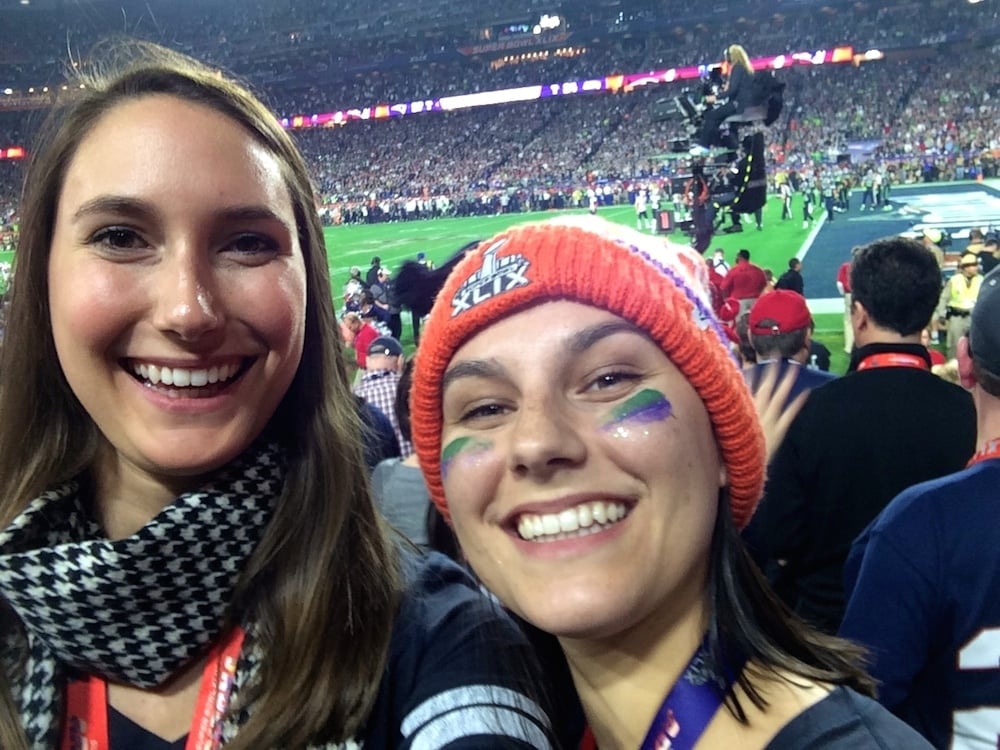 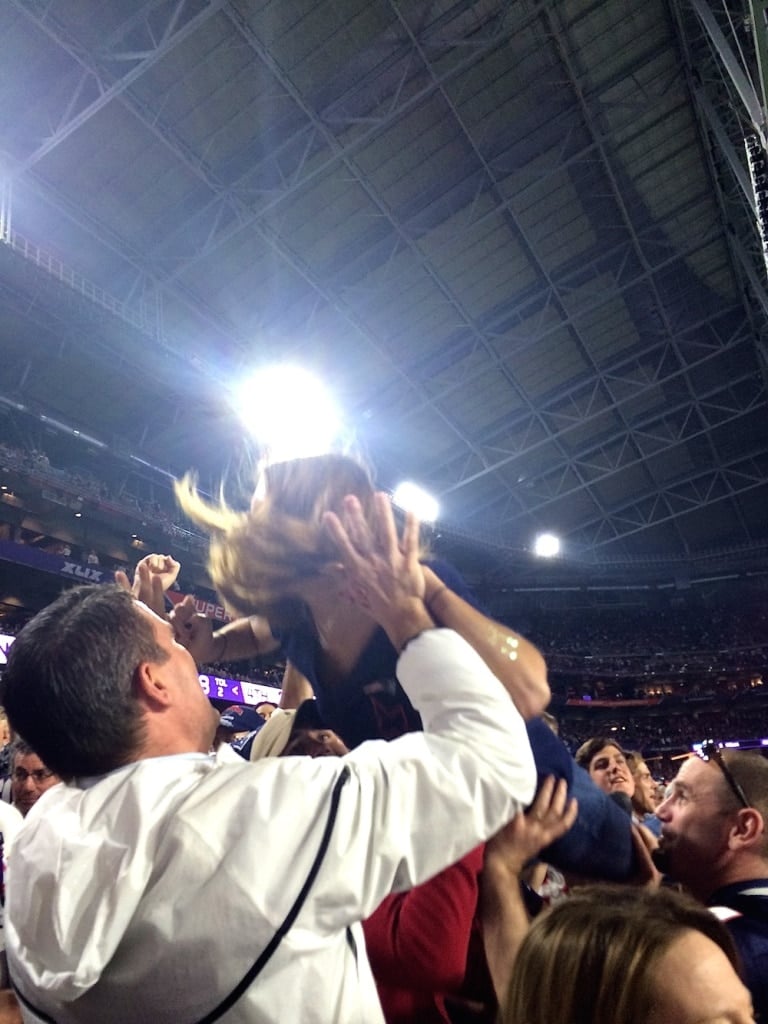 Towards the end of the game, we got to see some amazing plays right in front of us! It was nail biting, people were in tears and everyone held their breath with each close play.

And then it was game over, and the Patriots won! The stadium erupted, Patriot fans went nuts, the lady next to me was balling and streamers fell from the sky! It was such an amazing game. 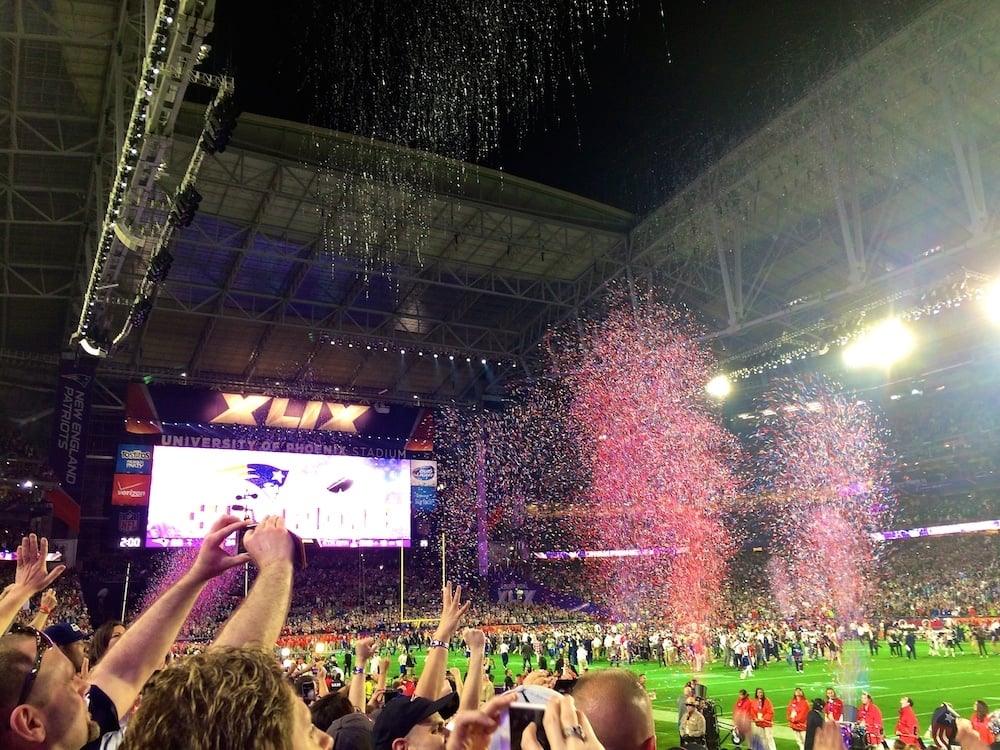 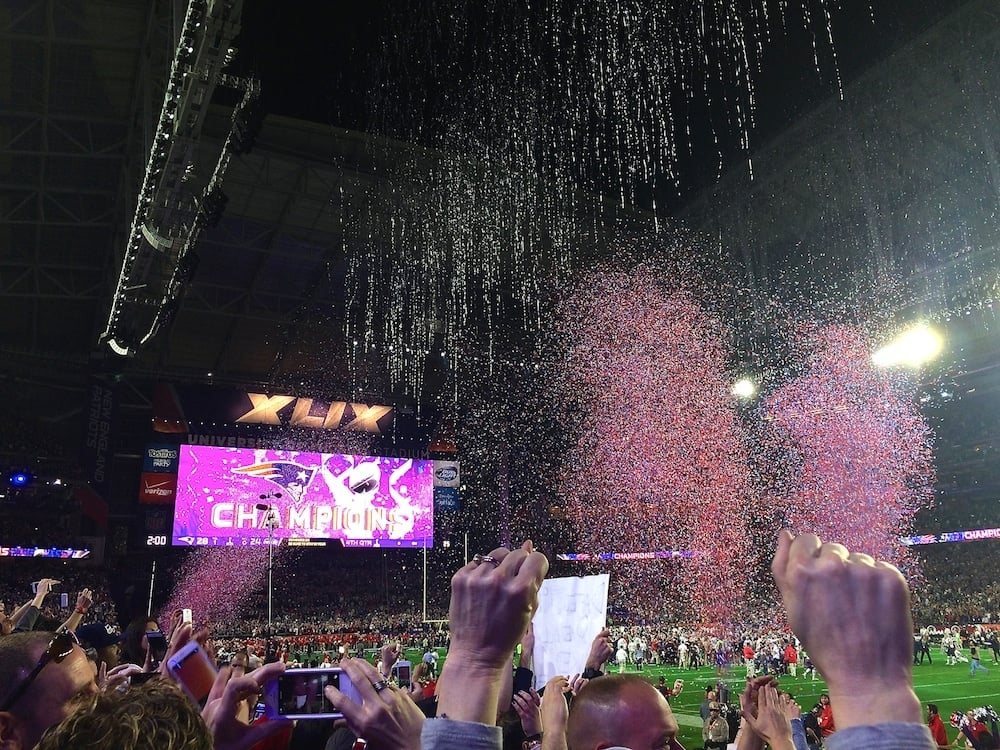 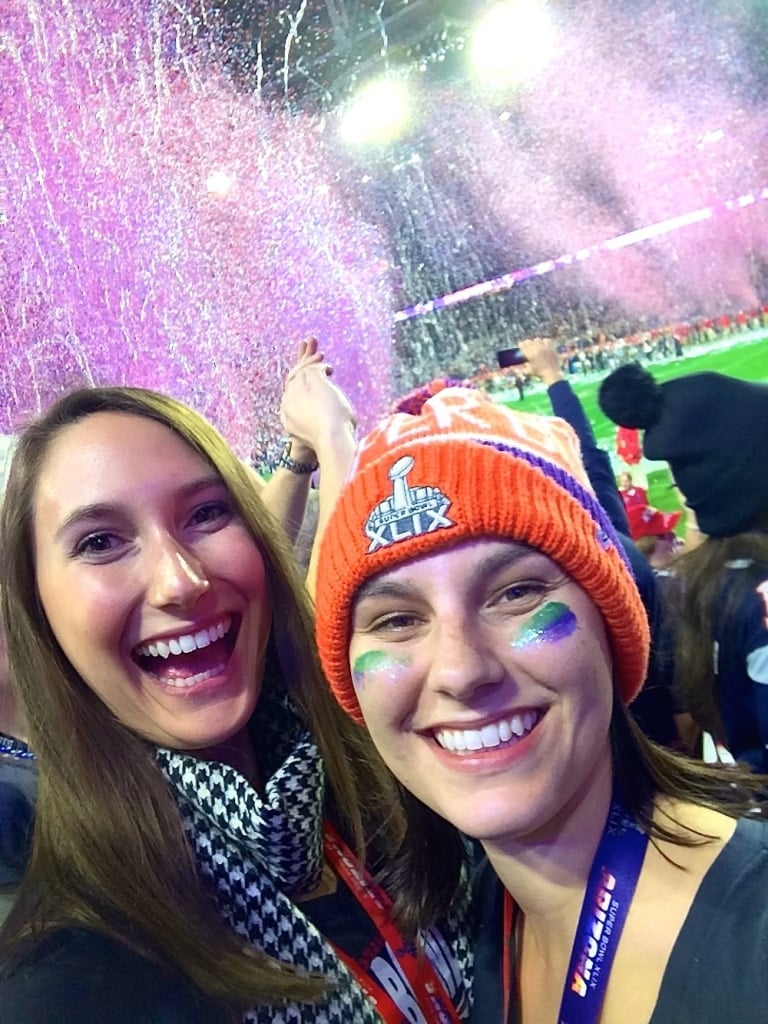 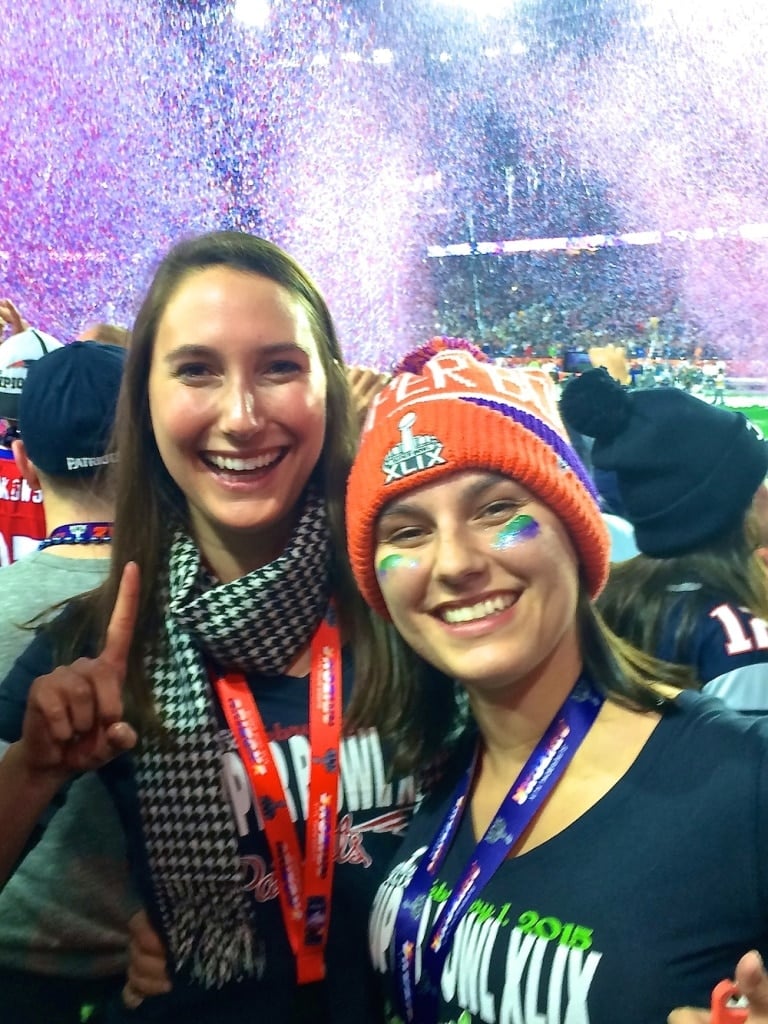 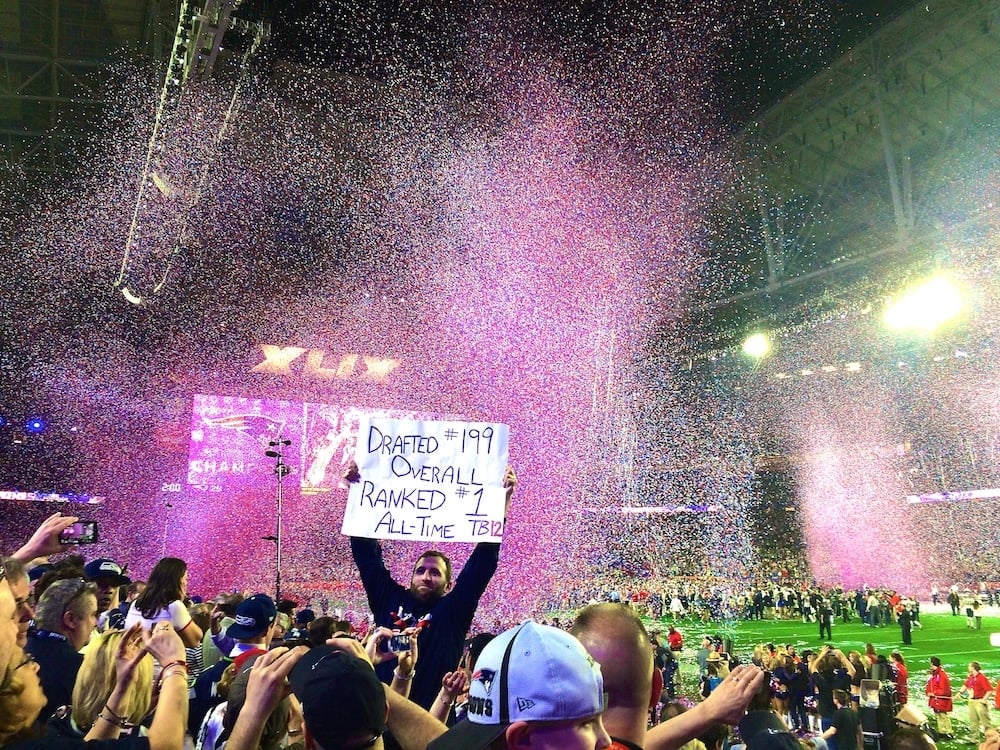 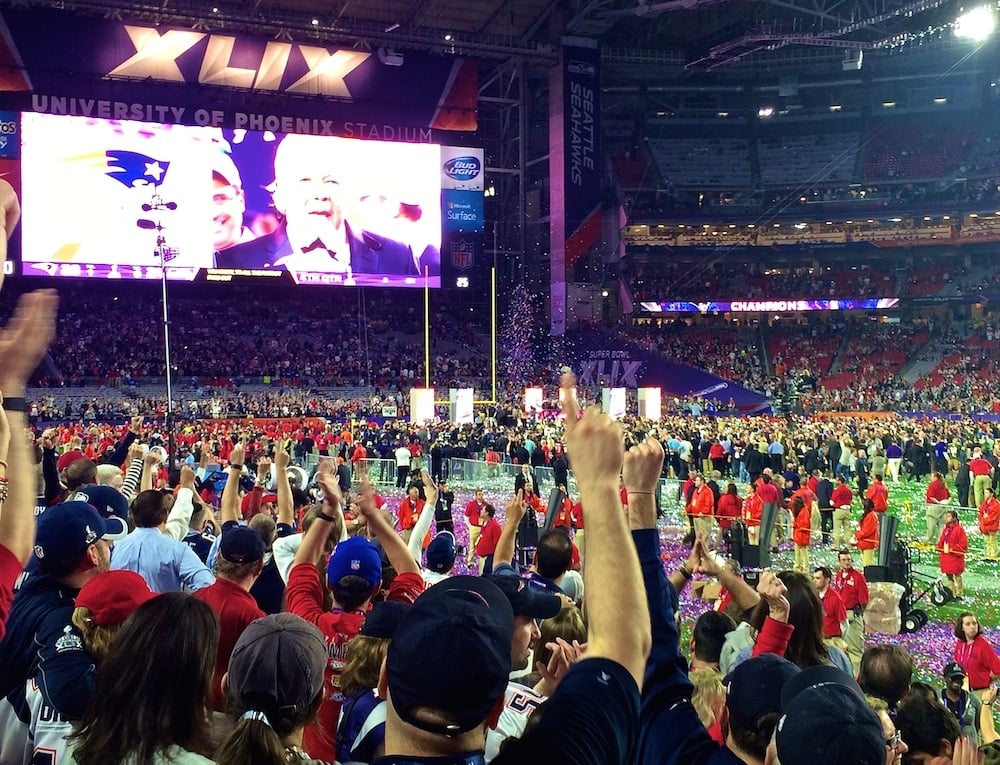 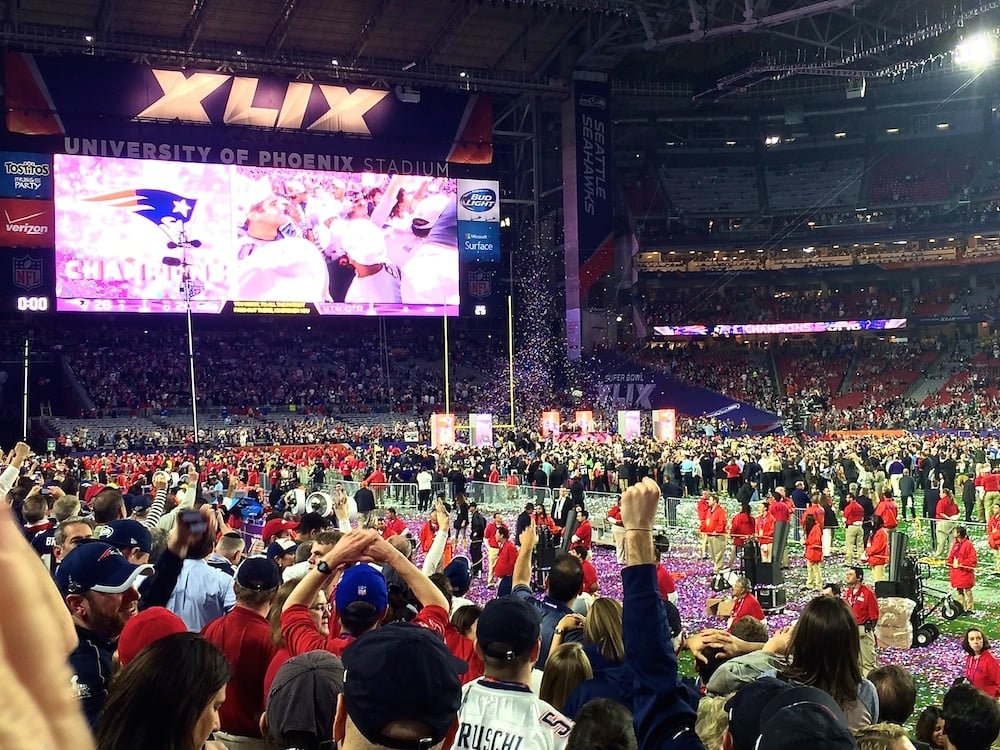