Can I tell you about my new favorite drink? Its texture is silky, with the right touch of sweetness, and is refreshingly crisp. It's the perfect drink to sip while watching the crystal clear gentle waves from your overwater bungalow or while sunbathing on Bora Bora's white sandy beaches. What is this delicious, tropical drink? Tahitian banana juice! And I have to tell you, it's like nothing I have sipped before. 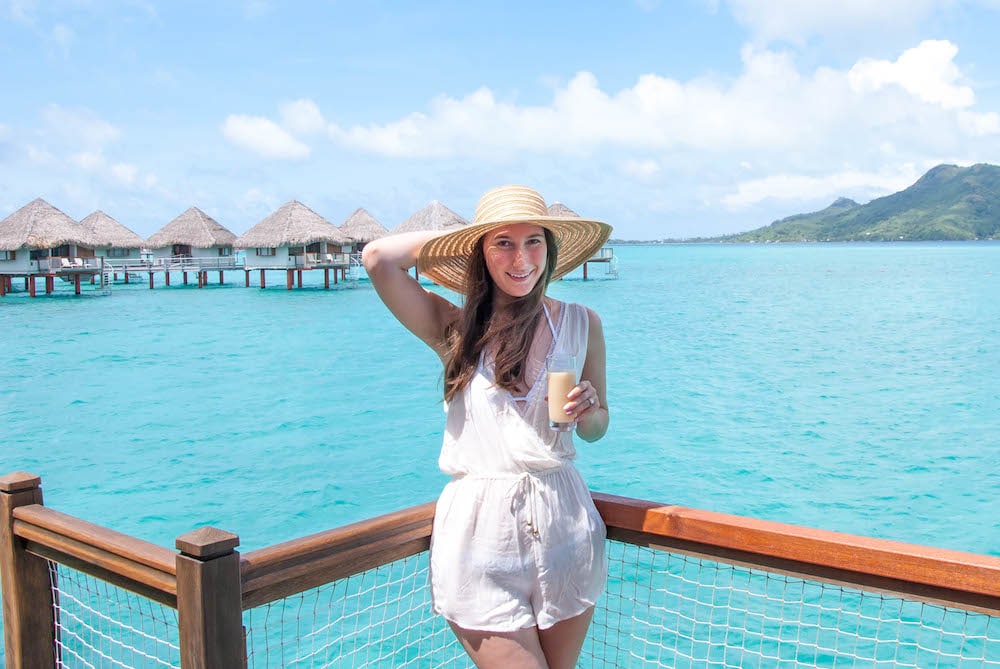 While in Bora Bora, I found Tahitian banana juice all over the island - at the local grocery store, restaurants, and the resort breakfast bar. It blended in seamlessly with the pitchers of pineapple, orange, and apple juice. As someone who is not terribly fond of bananas, I was extremely intrigued by the idea of banana juice. It was something I had never seen before! I spent a few days from afar trying to determine the banana juice consistency and flavor but I couldn't quite commit to tasting the sweet stuff.

I kept thinking, "Juice from bananas? Who came up with this crazy idea!", "Is it sweet or does it have an astringent, bitter taste like plantains?". And my dreaded fear, "What if it just tastes exactly like bananas?", a likely scenario when the juice is literally labeled as 'Tahitian banana juice'!

The longer I hesitated taking a sip, the more my curiosity grew. So, after day four on our island oasis, I put my banana prejudice aside and took the plunge (or gulp). And I am so happy I did. Tahitian banana juice has a touch of vanilla, the sweetness to curb any sweet tooth, and the mouthfeel of creamy and silky puree. The 'banana' in the banana juice was so delicate and complimenting, I found myself craving more! 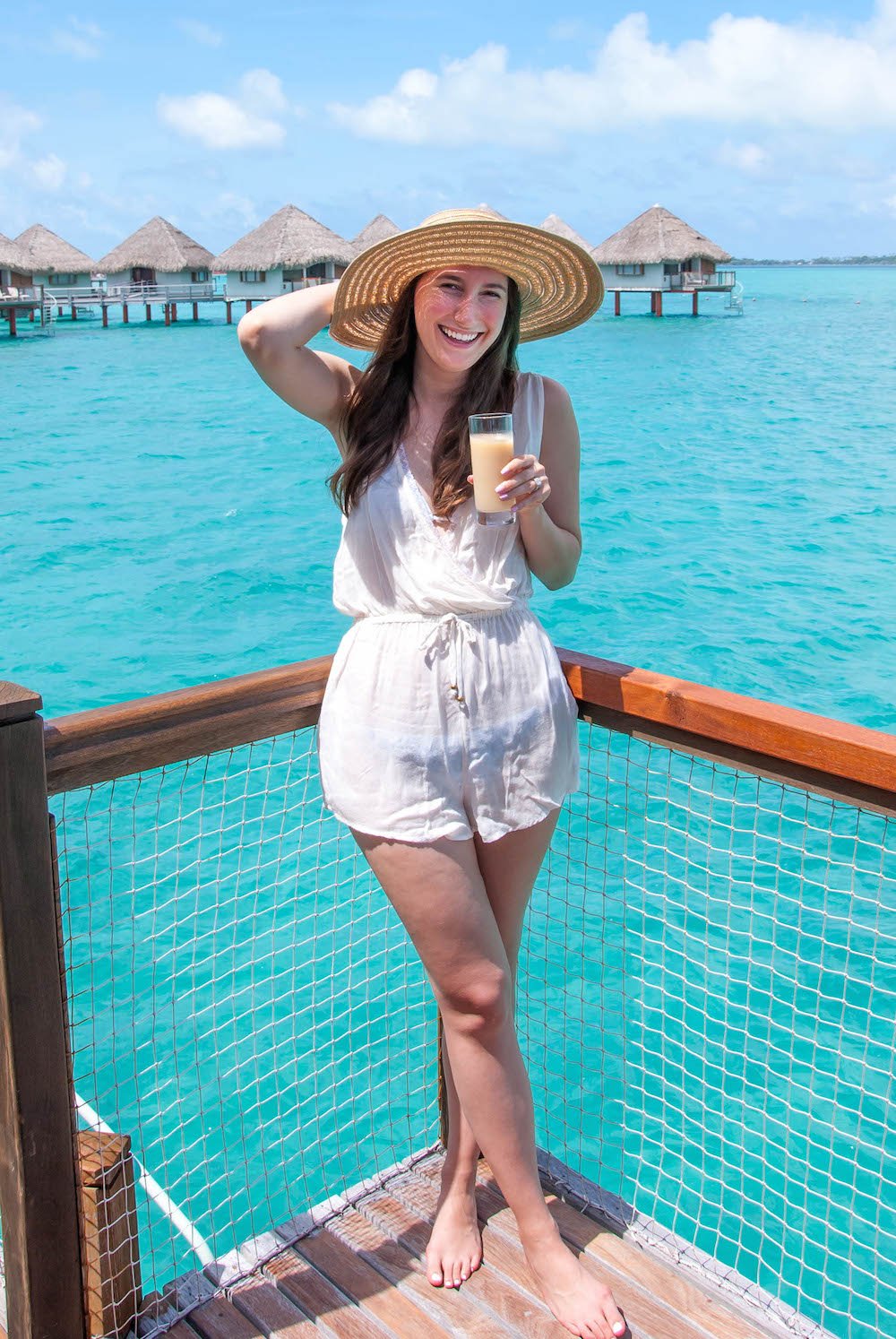 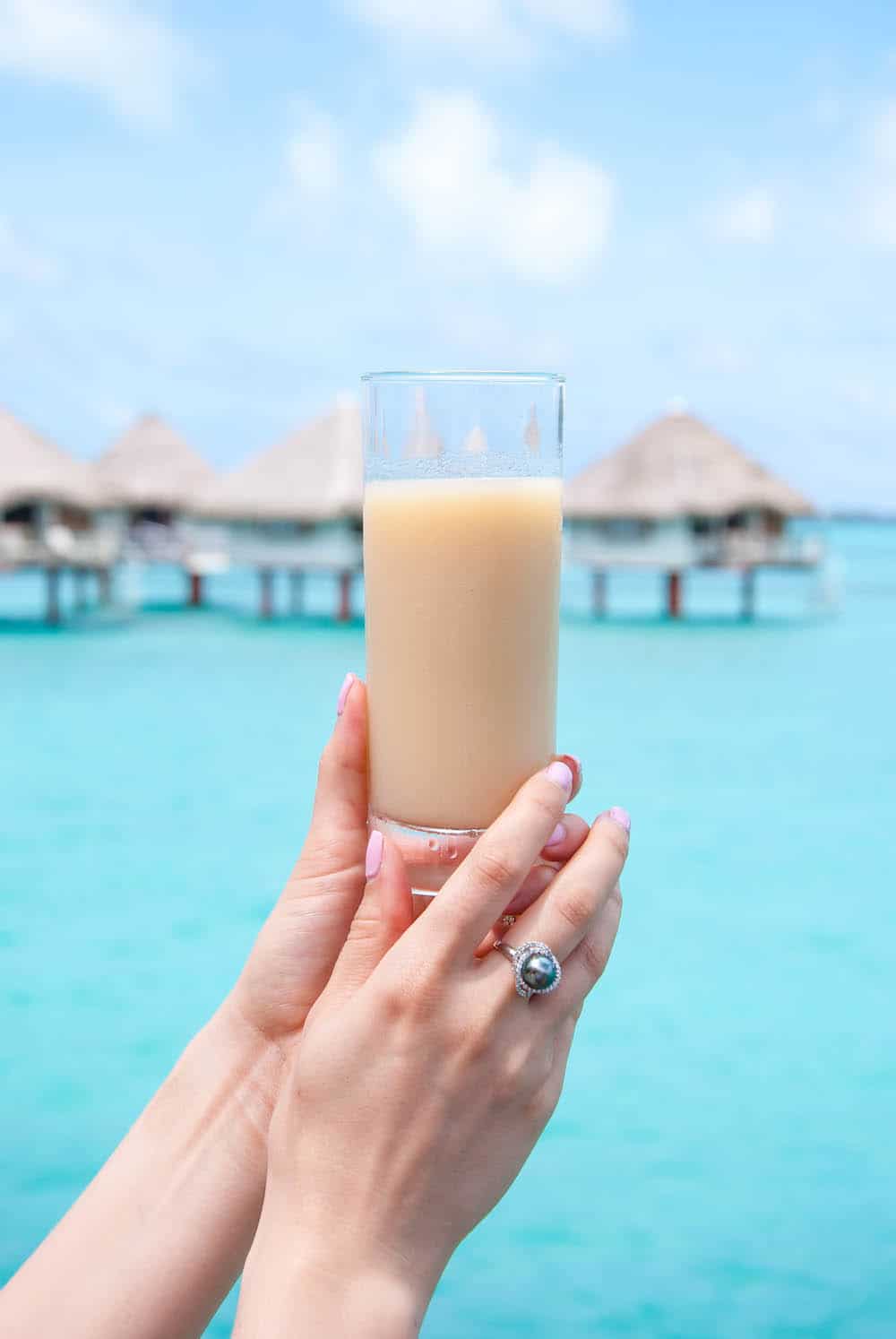 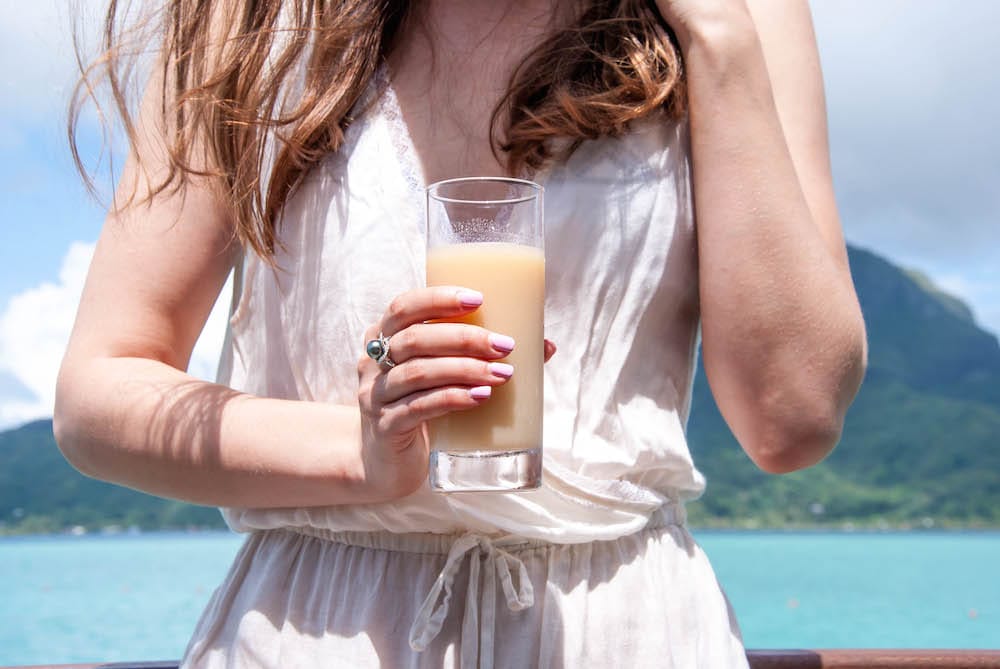 I loved Tahitian banana juice so much, we picked some up at the local grocery store so I could have it on demand, to enjoy whenever I got a craving. The banana and vanilla ingredients are so beautifully paired together and have such a strong representation of the island and its traditional flavors. Bananas are an abundant French Polynesian fruit, while vanilla beans are grown on a nearby island and are incorporated into so many traditional Bora Bora dishes (see my post about it here).

Bananas and vanilla beans are not typically growing together - so when they are, like on the French Polynesian islands, you make juice out of them! Creamy, silky, sweet Tahitian banana juice. 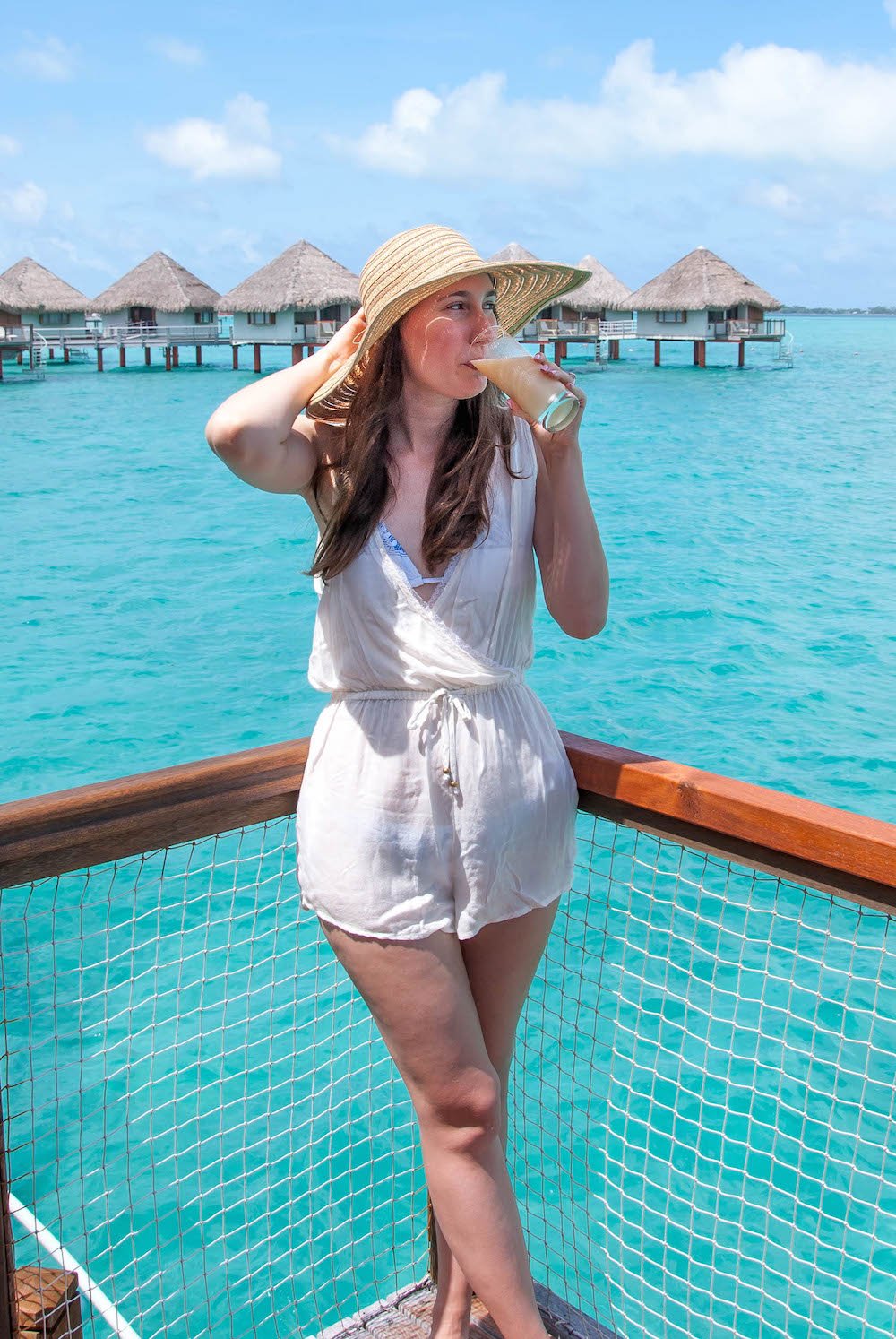 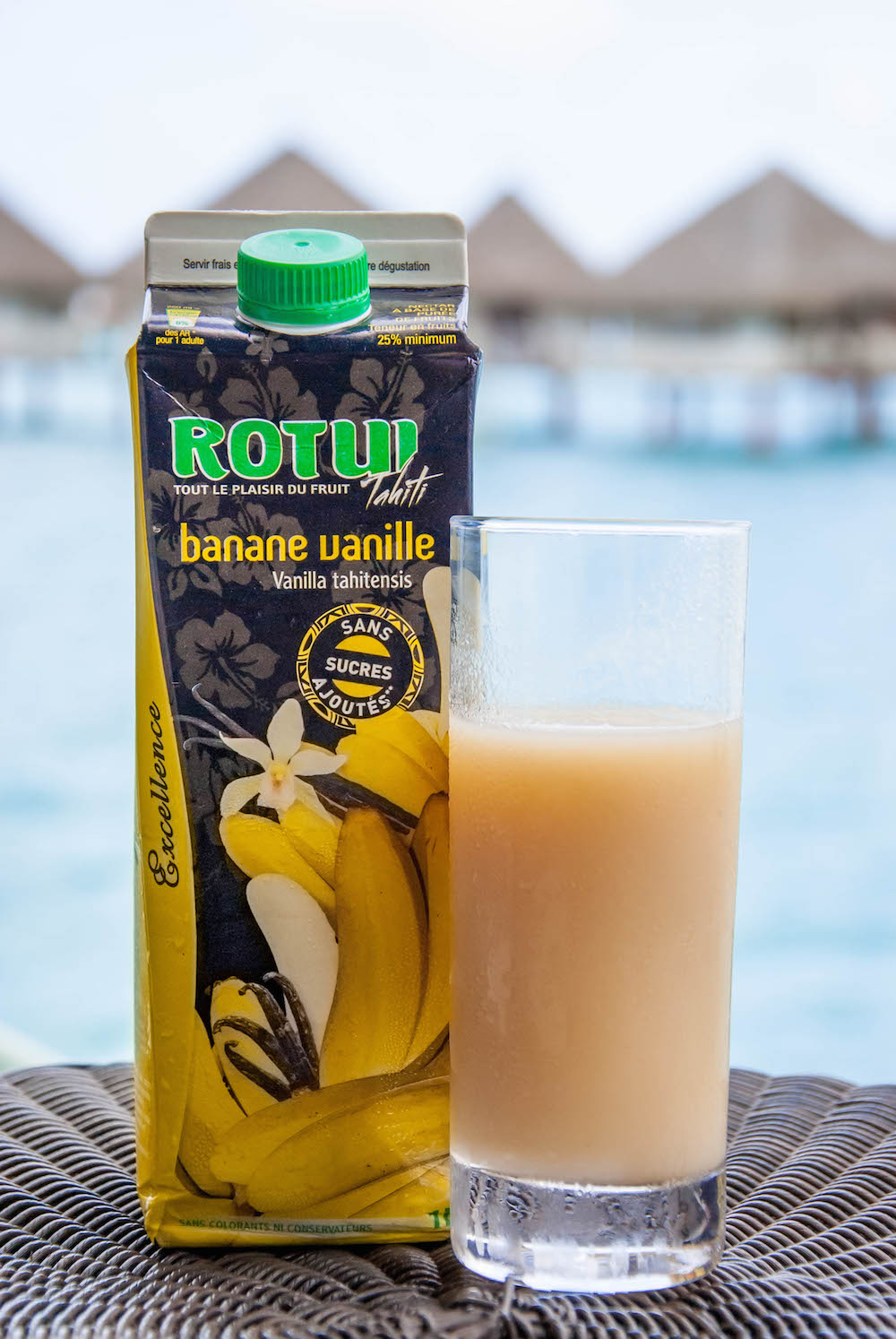 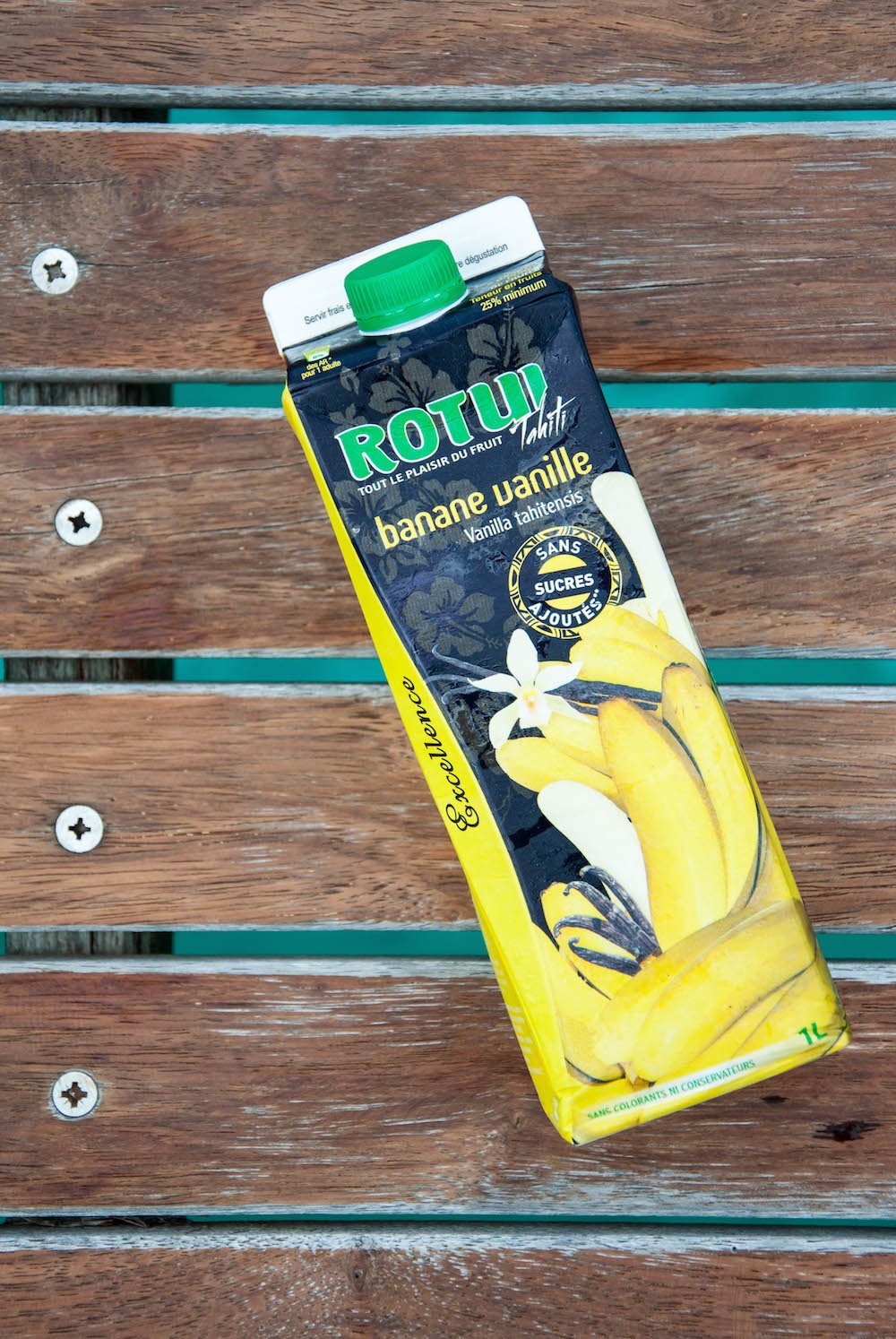 Have you seen banana juice before? I hope my first encounter isn't my last.

Cheers to the purest taste of the island life.